(New York) An anti-feminist lawyer, found dead Monday, is suspected of having shot the son of a New Jersey federal judge and injured her husband the day before, the federal prosecutor's office said on Monday. State.

Lawyer Roy Den Hollander, “now deceased”, has been “identified by the FBI” as the prime suspect in the attack on Judge Esther Salas, the prosecutor said in a brief statement.

According to federal police, the tragedy took place Sunday in North Brunswick, about sixty kilometers south of New York, when a man, in a FedEx driver's uniform, showed up at the domicile of the judge.

The magistrate's son, Daniel Anderl, 20 years , opened the door for him, and “received a bullet in the heart”, had indicated in the night the mayor of North Brunswick, Francis “Mac” Womack, a friend of the judge, quoted by American media.

Judge Salas’s husband Mark Anderl, himself a well-known lawyer and former prosecutor, was also targeted when he came to see what was going on. He was hospitalized and was in serious condition, according to local television.

The judge herself, who was in the cellar, was not injured.

The prosecutor did not give any motive for the crime on Monday, stressing that the investigation was still ongoing.

He did not say how Roy Den Hollander died. According to several media reports, he was killed at his home in New York State, about 100 kilometers from the scene of the crime. 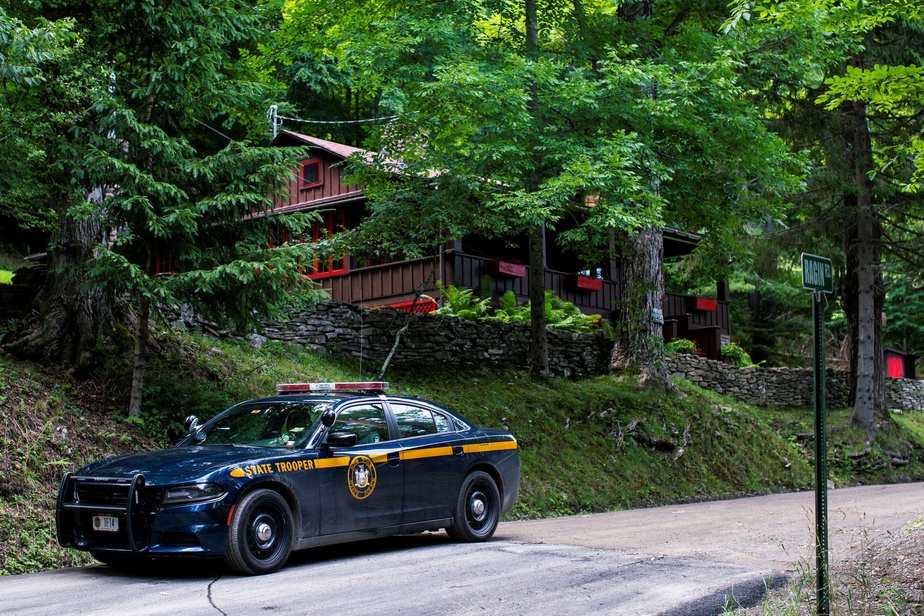 M. Den Hollander had hit the headlines in the past: he had notably attacked – unsuccessfully – as a “discriminatory practice” the free tickets enjoyed by women in certain discotheques. And attacked Columbia University for its “Women studies” course, which it called “a bastion of intolerance against men.”

On his website, still accessible on Monday, he claimed on the home page his nickname of “anti-feminist lawyer”, and called on men “to fight for their rights before they no longer have any” .

It was not known whether the lawyer had recently dealt with Judge Salas.

The latter had in particular been charged in 2015 with a civil complaint denouncing a military conscription reserved for men.

Most recently, she was also assigned a class action related to the Epstein case. A group of investors accuse Deutsche Bank of not having sufficiently monitored clients considered to be high risk, including financier Jeffrey Epstein, accused of sexually exploiting underage girls and who committed suicide last year in prison.

The judge of 45 had also dealt with several high-profile cases and had notably presided in 2014 the trial for fraud of Teresa Giudice, heroine of the reality show Real Housewives of New Jersey , and its husband Joe.

Esther Salas is the first Hispanic woman to be appointed federal judge in New Jersey, in 924, by former President Barack Obama.

The Attorney General of the United States William Barr sent “his deep condolences” to the judge and her family, and indicated in a statement Monday that he had mobilized “the full resources of the FBI” for this investigation.

Wearing a mask outdoors will be enforced in France